The Frog and Nightgown

When I was there, the pub had Surrey Hills' Ranmore, Harvey's Sussex Best Bitter and Burning Sky's Plateau on hand pump. And Camden Ales on tap.

2022 Update: There is a new extension at the rear and the pub now serves more food than before. I recommend the pizzas.

There is also a tea room ("Toad Hall") at the pub. Try the Ploughman's lunch.

Blog post about a new start for the Frog and Nightgown. 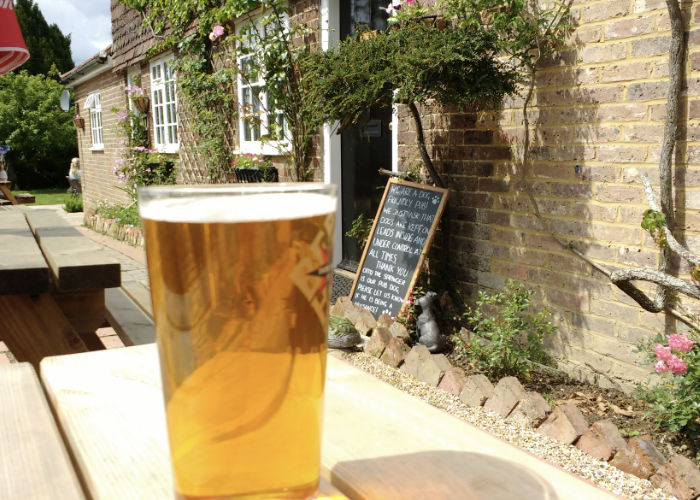 Thirty years ago, the pub was called the Royal Oak, and it was less than half the size it is today (one cottage instead of two). You could only get ten people in the bar, providing they were all close friends, and the pub only sold bottled ales. The old landlord died and the pub closed for a while before the cottages were knocked together and the Frog and Nightgown was born!

Subsequently, the pub was owned by Jim and Janet Reynolds for over 25 years. After they passed away, the pub was closed for three years until the new owners bought it in early 2016.

Thanks to Douglas Holland for information about the original history of the pub.

Other pubs near here

The Holmbush Inn in Faygate village is only a mile away.